ECP: Freud is The Man! 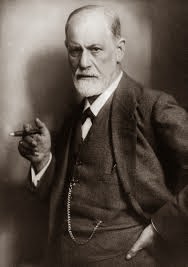 The human soul has two major emotional arenas—the conscious and the unconscious. We already discussed the Mississippi River-like “collective unconscious,” but in addition, we have an individual unconscious, where most of our emotions reside. You’ve probably heard of Freud. He is “The Man”! Freud wrote about the unconscious, a vast murky psychological ocean that contains two most powerful unconscious forces—the sexual and the aggressive drives. Society has rules about sexual and aggressive behavior, imposing social and legal consequences for violations of that code. And, as we discussed in the Spiritual Compass Point, we also have our individual codes of ethics that keep us from doing things that are harmful to ourselves or others. When we violate our ethics, we usually feel guilt and pain! But sometimes our unconscious sexual or aggressive urges can seem to take on a life of their own, causing us to take leave of our senses and throw good judgment out the window. In the midst of a storm of emotions, we can behave in harmful ways, like when Rosa aggressively acted out her jealousy by posing Amber’s private hurt on Facebook. A young friend asked, “If these drives are outside of our awareness, how can we recognize them, so that we can avoid trouble and have great relationships in life?” If you want to understand this major part of life, get to know “The Man” better. How? Here are some tools from Keep Your Eye on the Prize! www.keepyoureyeontheprize.org

1. Learn to connect physical sensations and emotional states through relaxation techniques and “body scanning.”  Develop a sense of your physical reactions to intense emotion—how anger and other strong feelings such as attraction, shame, sadness, fear, jealousy, and anxiety feel in your body.

3. Here is something else to note—your dreams, the “royal road to the unconscious.” Dreams give us messages directly from the source—i.e., the unconscious.  If you have one that feels important when you wake up, it probably is. If you write it down, you might learn something valuable. It can tell you how you really feel about a situation or a person, even if you are not aware of these feelings in your waking life. Check it out later to see if what your dream advised turns out to be true.
Man
Posted by Unknown at 4:08 AM No comments:

ECP: Take Back Your Shadow!

I’m going to share with you another tremendous life tool created by Carl Jung, the Swiss physician psychologist. It is the concept of the Shadow, our darkest psychological qualities that we see in others but not within ourselves. When someone triggers our Shadow, we react to the person with anger, but if we step back, we may find that we have over-reacted as happened in this true story from my own life-- a story I shared in my book, Keep Your Eye on the Prize! (www.keepyoureyeontheprize.org) . As a native Southerner, I attended a liberal East Coast college. One night freshman year, I returned to my dormitory room to find my door plastered with smashed tomatoes, eggs, and other items.  The perpetrators were gone when I arrived. I learned that a group of upperclassmen from New York led by Jessica (not her real name) had done this when drunk, chanting hateful things about my alleged racial prejudices. I could have taken action against them, but I was more puzzled than angry. I concluded that they were aggressively ignorant to make such assumptions without knowing anything at all about me other than my home place. Fast forward a year later, I had become a campus leader, and Jessica approached me to apologize. I accepted the apology and added, “You learned something about me, and I learned something about you.” What was this interaction about? Jessica and the group were actually the ones with the prejudices (against Southerners), but they had no awareness of this. My being from the South evoked their Shadow qualities, which they projected onto me, resulting in their aggressive behavior when disinhibited by alcohol. When Jessica apologized, it was because she had come to see that the projection was not valid and she had misjudged me. Whether Jessica ever consciously realized that it was her own Shadow that was the problem is unclear, but good for her for apologizing! She later became a Civil Rights lawyer in New York. Jessica is not alone. The problem of the Shadow exists in everyone. Bullying behavior is a great example of this. The bully is the one who feels weak but is not aware of the Shadow qualities. He or she protects against these feelings by picking on a vulnerable target and projecting the Shadow onto that person. Jung said that a major life task is to take back our Shadow when we find ourselves reacting negatively to someone, especially without reason. If you can catch yourself in the act and can reverse the projection process, you will grow and save yourself (and others) a lot of pain. Have you experienced this dynamic in life? Maybe you reacted negatively to someone or they reacted this way toward you. Let me know the story and what you learned from it!
Posted by Unknown at 4:36 AM No comments: 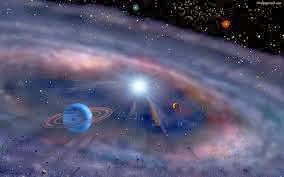 Understanding the Emotional Compass Point is like understanding the universe! Whether we look at it on a macroscopic as psychology or the microscopic level as neurochemistry or genetics, we still don’t know much about the human mind, including its mysterious connection to the body and overall wellness. This introduction will start things off by looking at the basic “big picture,” the psychological tasks of life.

As discussed in my first book, Keep Your Eye on the Prize! www.keepyoureyeontheprize.org, the question, “What is life really about and what is the point of it all?” is one that people ask throughout life. Put another way, what is the “Prize”? Freud and Erikson concluded that the two major tasks of adult life are to love and to work. Accomplishing these tasks is not easy, because it requires skill in understanding and working with our emotions, most of which reside outside of our awareness in unconscious urges and desires that can govern our behavior in powerful ways.

Gaining awareness of our emotions and what triggers them can give us more power to make conscious choices about how we react and behave. The more we understand about our emotions, the more we can choose actions that further happiness rather than distress. Even more importantly, medicine has become increasingly interested in how the mind-body connection promotes health or illness, so if health is your goal, read on! There will be a series of blogs that cover some of the basic aspects of emotional life. Look for titles beginning with “ECP” for “Emotional Compass Point.”
Posted by Unknown at 4:31 AM No comments: 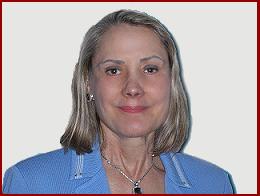 Everyone, I'm so glad you are here! I'm here to provide you information to use as you navigate the stresses of life.This blog is not intended to be professional counseling. It is meant to provide practical life advice about every day problems. If in crisis, contact a local mental health or medical professional or go to an emergency room for help.

Get Posts By Email

Check out my first book!

Tools for a great life! 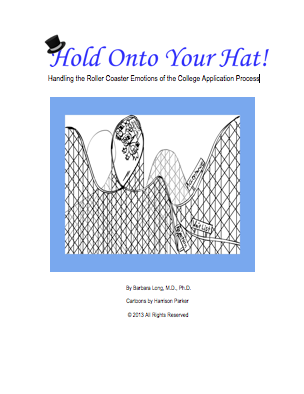 Handling the stress of applying to college

Harvard Book Store Has Both Books

If you're in Cambridge, check them out!

Email Me For Speaking Engagements

Talk sponsored by Harvard and Yale Clubs of Georgia